Sefind S.r.l. began its activity in 1982 as a licensee in Italy of Transact International Inc. for which it carries out the assembly and maintenance of the automatic container handling and storage equipment of the Aeroporti di Roma Company at the Leonardo da Vinci Airport in Fiumicino. In the following years, in addition to the maintenance of the Cargo Merci and other industrial electromechanical systems (Keller SpA, Liberatori SpA), it develops, together with Transact Int. Inc., the “Autoparking” project aimed at the application of the technologies of the cargo to automated car parking facilities (Patent No. 1,181,854 and Patent No. 1,211,713). In 1987, for the Reggiane Company – O.M.I.-, maintenance work began on passenger boarding bridges at the Leonardo da Vinci airport in Fiumicino. This last activity, since 1992, is carried out directly for the Aeroporti di Roma company, and represents the main specialization of Sefind. Adapting the reliability of systems to the growing airport requirements is one of the targets of Sefind which, for this reason, designs and develops innovative electromechanical devices, whose validity is confirmed by their subsequent adoption by the manufacturers and by many airports. 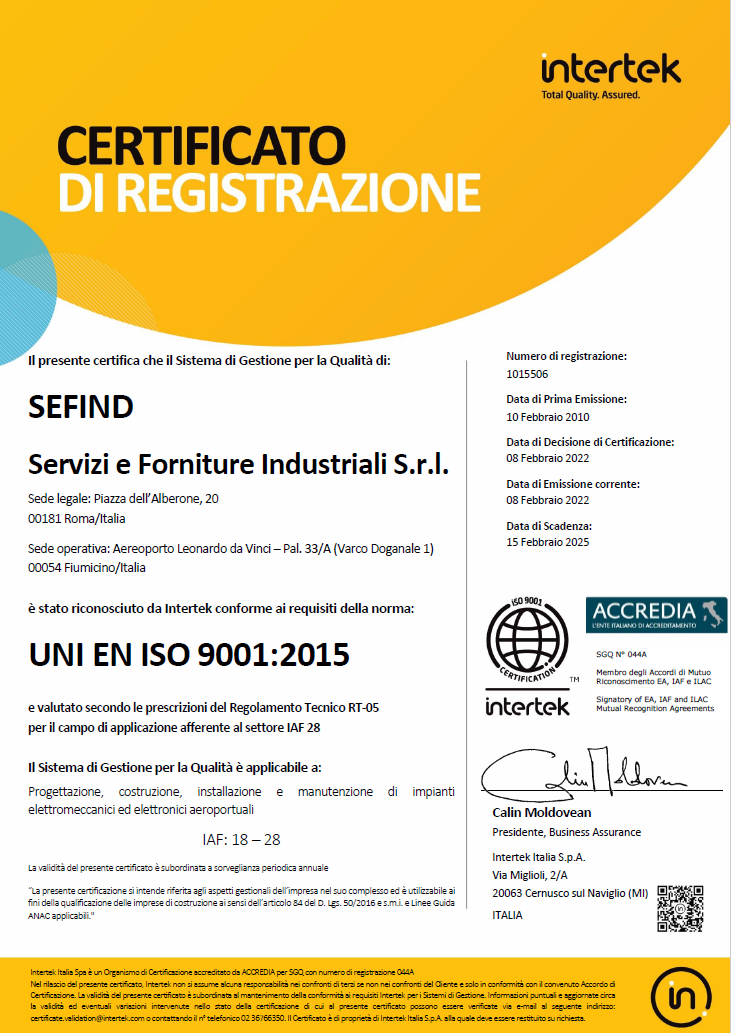 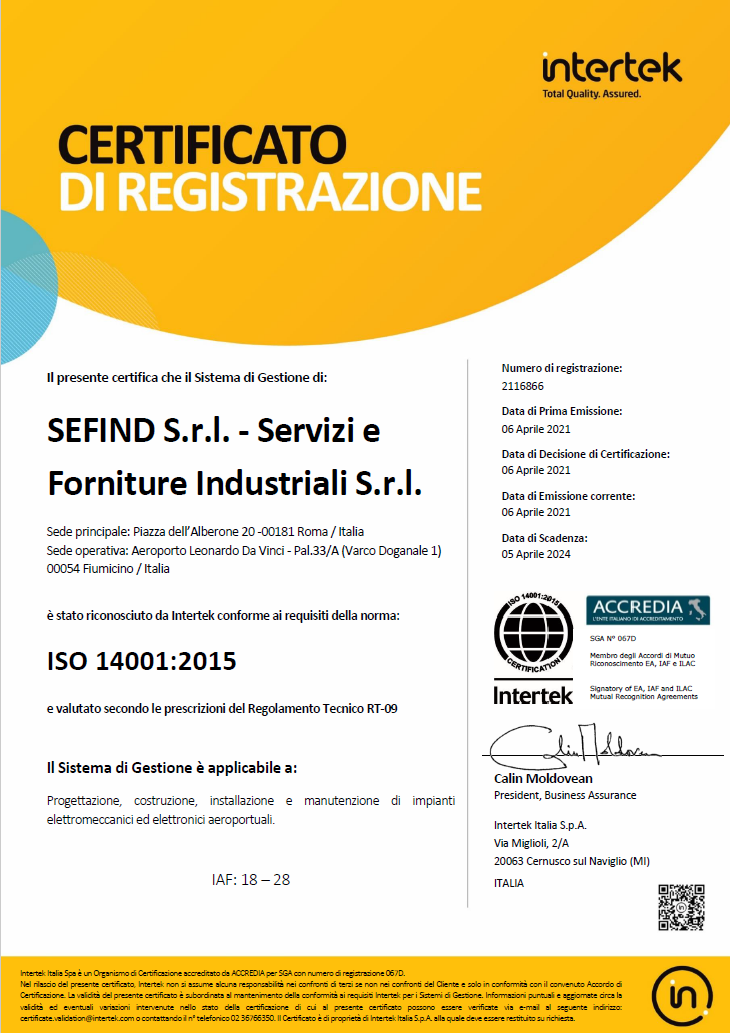